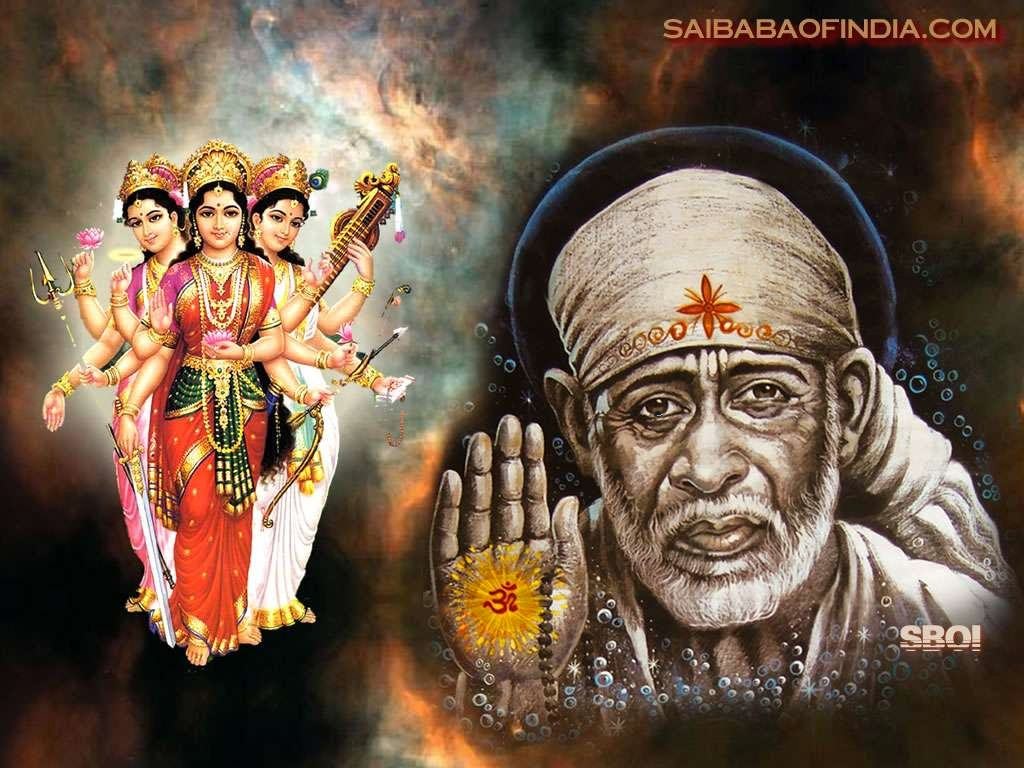 Vijayadashami or Dussehra is celebrated throughout India, under different names and with regional variations, as the victory of good over evil. The effigies of Ravana (the evil) are burnt across the country as an epitome of the victory of good over evil. This also marks as the culmination of nine day ‘navratra’ festival which is observed across household wherein little girls are worshipped and offered halwa & puri.

However, for Sai devotees this day hold all the more relevance. It is venerated as the holy day that their beloved Baba attaining Mahasamadhi (leaving this mortal body) and is a big festival in Shirdi.


On the Vijayadashami (Dussehra) Baba, all of a sudden got into wild rage in the evening, when people were returning from seemolanghan (crossing the border of the village). Taking off His head-dress, Kafni and Langota etc. HE tore them and threw them in the Dhuni before him. HE stood there stark naked and with his burning red eyes shouted “You fellows now have a look and decide finally whether I am a Muslim or Hindu” Everybody was trembling with fear and nobody dared to approach Baba. After some time Bhagoji Shinde the leper devotee of Baba went Boldly near him and succeeded in tying a Langota round his waist and said,” Baba what is all this? Today is ‘Seemolanghan i.e. Dussehra’ Baba striking the ground with his satka said, "This is my Seemolanghan”, Baba did not cool down till 11.00 P.M. and people doubted, whether the Chavadi procession would ever take place that night. After an hour Baba resumed His normal condition and dressing Himself as usual attended the Chavadi procession. By this incident Baba suggested that Dussehra was the proper time for Him to cross the border of life.

Ramchandra Patil became seriously ill. He tried all remedies, but finding no relief despaired of his life was awaiting for the last moment. Then one midnight Baba stood near his bed. Patil held His feet and said,” I have lost all my hopes. Please tell me definitely when I shall die”. Merciful Baba said,” Don’t be anxious, your Hundi (Death-warrant) has been withdrawn but I am afraid of Tatya Patil. He will pass away on Vijayadashami of 1918.

Ramachandra Dada soon left bed and soon was on his legs. Time passed quickly. The month of Bhadrappada of Shaka 1840 (1918 A D) was ending and Tatya fell sick and was bed ridden Baba was also down with fever. Tatya had full faith in Baba. Tatya’s illness grew from bad to worse and could not move at all but alaways remembered Baba. The day predicated i.e. Vijayadashami was impending and Ramchandra Dada and Bala Shimpi who was told the predication were terribly Frightened about Tatya. Tatya’s end was near. But a curious thing happened, Tatya remained and Baba passed away instead. It was perhaps due to Baba's assurance to Tatya's dying mother to take care of his son through out his life. People said that Baba gave his life for Tatya and made Vijayadashami more significant for Sai devotees.

Just hope this auspicious occasion does imbibe enough determination in us to enable us to kill the evil within. Reproducing the extract of my previous post, when I remembered few lines which says. . .

May this festival stimulate in all of us the determination to emulate the righteousness of the 'Maryada Purush' (Rama), the loyalty of his brothers - Bharata and Lakshmana, the virtues of Sita (Rama's wife) and the valour as well as humility of Hanuman !!!

Signing off with one another wish and prayer that the Girl child continue to enjoy the similar privilege, preference and safety that she enjoys today at time of culmination of Navratra festival.

Heartfelt thanks for visiting here. . .Your thoughts & feedback on the post are awaited & would be highly appreciated. Do spare some time to drop in your comment about the post, page or anything you feel like. . . it always feels great to hear from you :)
Posted By Manish Purohit at 23:48