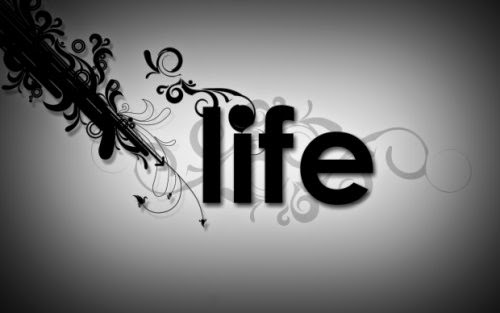 
***Life is all about the admixture of hope and despair…it is a rose which has that fragrance so divine and also has those thorns which prick so hard. It’s all about holding that string of hope even during the hours of despair. Those who get drowned in the clouds of despair find it hard to rise while those who stay ignited prevail all through...Cause in the end Life is like that only…***

World is a stage
Life is a drama
Full of Puppets, Heroes and Buffoons
Artists, Directors and Clowns
Who act their part
Who play their roles
Some think out of the box
While some roam like robots

And there are some…
Who lose hope and acquire despair
They commit flaws and keep flounder
Landing themselves in an ambiguous situation
Not knowing the secret of pulsation
Life becomes a puzzle to define
Life becomes a salvation to achieve
A puzzle. . .never solved
An absolution. . .never reached
As they don’t understand. . As they don’t realize
Life is like that. . .
Life is like that. . .
And they can’t see dawn
Without passing through the dusk

Heartfelt thanks for visiting here. . .Your thoughts & feedback on the post are awaited & would be highly appreciated. Do spare some time to drop in your comment about the post, page or anything you feel like. . . it always feels great to hear from you :)
Posted By Manish Purohit at 19:46